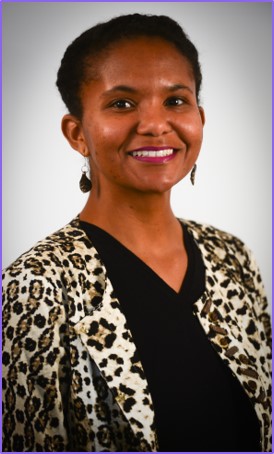 Montessa Lee is a National Board Certified Teacher, Mentor Teacher, and advocate for lung cancer awareness. Montessa obtained her Bachelor of Arts in Psychology from East Carolina University, a Master of Science in Special Education from Johns Hopkins University, and is currently pursuing her Doctorate in Education at Regent University.  She found her passion and purpose in educating students with exceptional needs, eventually specializing in working with students diagnosed with autism.

After being diagnosed with small cell lung cancer in 2006, Montessa chronicled her experiences, believing her experience would be a healing testimony for some beyond herself. Through her journey, her memoir He Whispered Life was birthed.

Pam Bono was diagnosed with stage IV small cell lung cancer in January 2011. Her doctors told her she had 3-6 months—tops. Pam went for a second opinion and opted to pursue more aggressive treatment.  Pam worked throughout months of intense chemotherapy, followed by radiation treatments. She endured severe side effects, including a burned esophagus from the radiation that required her to have feeding tubes attached to her hip for a month.

She underwent preventive whole bran radiation; however, she was diagnosed with brain metastasizes in 2014. She had another recurrence in 2015, with a serious MAC infection in her lung. Although she has memory loss, as well as balance and cognitive issues from the cancer and treatment, Pam is passionate about helping other patients—especially those with Small Cell Lung Cancer. Pam has been an active member of the LiveLung Lung Cancer group for several years.

A Detroit native, Pam now resides in High Point, NC. She has an adult daughter, who she raised as a single mother. After graduating high school, Pam attended college and has worked in the trade show industry most of her professional life. 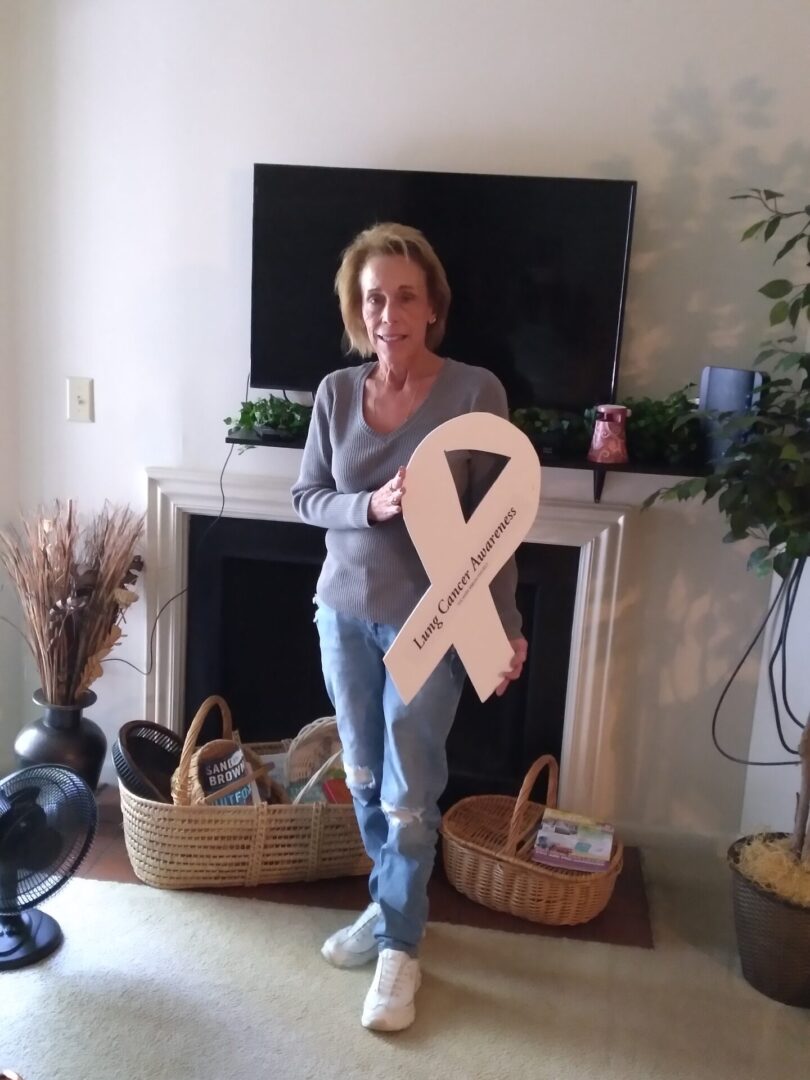 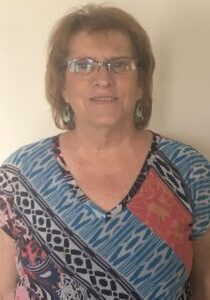 In 2007, when Debbie Cox was diagnosed with Extensive Stage Small Cell Lung Cancer, the doctor told her she had six months to live. Debbie had just lost her father to lung cancer the previous year.

Her doctors treated her cancer aggressively, knowing how fast it was growing.

She underwent chemotherapy, then had radiation therapy as a preventive measure.

“When my doctor said, ‘I'll give you between one and six months,’ I said, ‘You're my doctor, but you're not my maker. I'll just trust God.”

That was 15 years ago. Debbie has been cancer free ever since.

Debbie became involved with a local lung cancer patient group soon after her diagnosis. She also volunteered and helped with fundraising events and other advocacy activities. She enjoys encouraging others who are going through cancer treatments.

“It's real important that people are encouraged when they're going through this. Even though the doctor says, I give you six months to live, that's not his call. We need to just keep fighting and keep doing everything we can.”

Debbie lives in North Carolina with her husband Donnie.

Following her lung cancer diagnosis in 2005, Dusty became an advocate. She founded the Dusty Joy Foundation and co-authored the book “The ABCs of Lung Cancer for Patients and Advocates,” with Kimberly Lester. Dusty also is the co-chair of the Lung Cancer Action Network (LungCAN) and a contributing writer for LungCancer.net. Prior to her diagnosis, Dusty was a journalist and public relations professional. She earned a BA in journalism and an MA in public policy journalism. Dusty has three adult children and three grandchildren. She lives in North Carolina with her husband Tony and two spoiled kitties.

The loss of her brother-in-law to lung cancer is what drew Lynn Abbott-McCloud to LiveLung. Since helping launch and lead LiveLung’s Charlotte program four years ago, Lynn has become an avid advocate for lung cancer awareness, early screening, radon awareness, and research funding. A native Hoosier, Lynn has lived in Charlotte for over 15 years with her partner, daughter, and their three dogs and two cats.

Rebecca Agostini was diagnosed with lung cancer in 2014, at the age of 58. She underwent lobectomy surgery to remove the top lobe of her left lung.  She completed chemotherapy treatment prior to her surgery and has had no evidence of disease since December 2014. Upon recovery from her cancer treatment and surgery, she became involved with the LiveLung Foundation and became friends with many of the group members.  She offered support and assistance to anyone requiring assistance. In January 2022, she assumed the duties of the LiveLung Hope Totes Program Manager.

Rebecca was born and raised in the Bronx, NY, and eagerly relocated to Kernersville NC in 2005 with her family after being awarded a Human Resources Manager position at the USPS HR Shared Services Center in Greensboro NC. Prior to her lung cancer diagnosis, Rebecca was a Postal Worker for 35 years and retired right after her surgery in January 2015. She proudly raised four grandchildren plus her biological son. Today she remains a Kernersville, NC resident and recently moved to her “Forever” retirement home with her husband Bobby and their last granddaughter, Christiana. When Christiana starts college in the fall, Rebecca and Bobby will join the ranks of “empty nesters.” 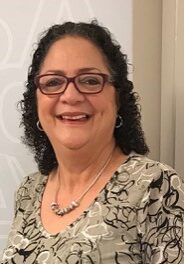